A Brief History of the French Baguette

The Evolution and History of French Bread 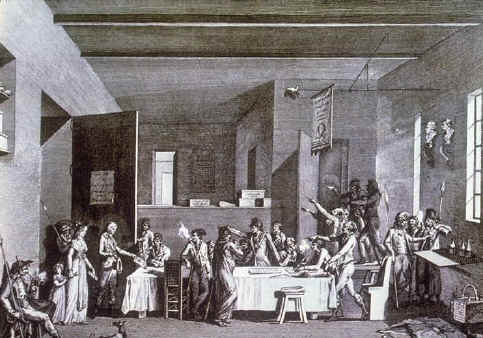 In 1788 and 1789, speculation in the movement, storage and sale of grains combined with adverse weather conditions led to a severe bread shortage throughout France. Prices for this staple increased beyond affordability, especially for the poor and peasant classes. While the rich had plenty of fine bread made from pure white flour, the poor either starved or subsisted on an inferior product made from poorly milled bran grains.

Mass starvation eventually provoked revolution. The storming of the Bastille was more a call for bread than it was an uprising to free enemies of the crown. The people cried out for bread and searched the bakeries to no avail. There was no bread.

Once calm was restored, the constituent assembly authorized bakers to make only one kind of bread – "bread of equality " (pain d' egalite) – made from flour that was ¾ wheat and ¼ rye with the bran included. White flours were banned and rationing was introduced. The victory of the republic and the abolition of feudal priviledges did permit the return of white breads to the table. It eventually became the everyday bread. 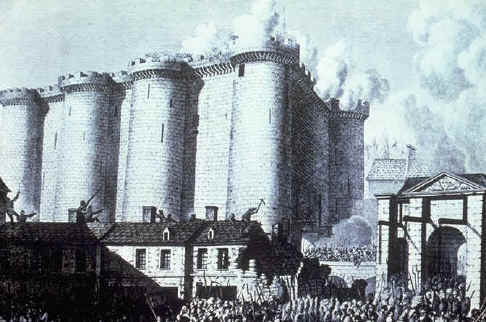 After Napoleon seized power, he was determined not to make the same mistakes made by his predecessors. His government issued decrees that established standards for French bread, specifying ingredients and baking methods. These Napoleonic decrees also elevated the status of professional bakers; establishing quality control for flour milling, mixing, and dough kneading; and ended the speculation in grains by farmers and commodity brokers.

Later, governments added to the Napoleonic decrees, specifying ways to knead and aerate the dough and establishing shape and size criteria for any loaf designated an authentic French baguette.

Modern Times
The Victory of Wheat 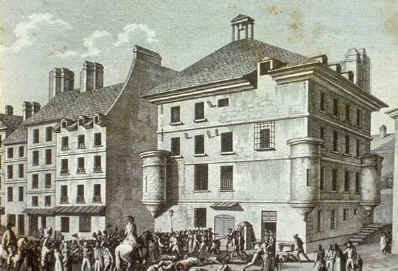 Beginning in the 19th century with all the advances that came with it, the advancement of technology helped the harvest. Bread became more accessible, especially for farmers who increased their consumption. Cooking in the communal ovens decreased, to the delight of the bakers who are now recognized as a separate entity.

In the early 20th century, techniques are developed where slow fermentation is 100% guaranteed by the yeast. The kneading is short, the shape is long, and the dough irregularly aerated. We are in 1920, and the baguette is born. Its reputation will precede it around the world.

If the French are making progress in the quality of their breads they are consuming less of them in favor of meat. Bread, up until that time the staple diet, lost some of its prestige. The post war period gave energy to people's imagination. The techniques again improved, efficiency and profitability became important, and bread became less authentic and 'maison.' However, since the 80s the French once again have a taste for natural products. House breads have returned to their rightful place. The search for variety in the diet and the willingness of bakers to create original products has helped the sales of specialty breads. After the whole story, it is finally wheat that won. Today, it is the most cultivated grain in the world.